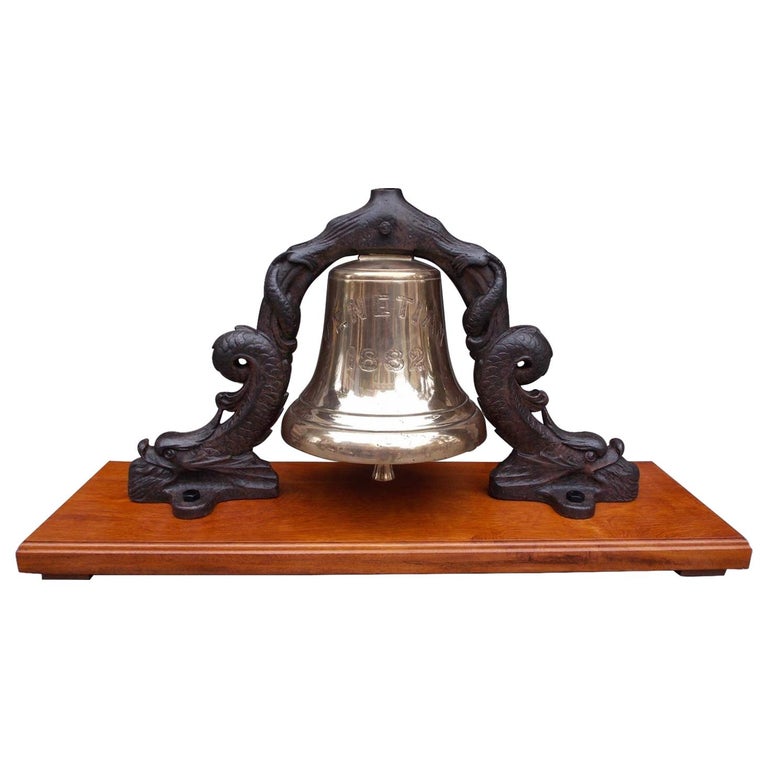 English solid brass ship’s bell from the “S.S. Venetian”. The engraved bell is mounted to the original mythical intertwined dolphin iron yoke and is attached to a rectangular carved molded edge Moca wood base for display. Late 19th Century

On March 2nd, 1895, the British cargo ship VENETIAN, built in 1882 by Palmer's Shipbuilding & Iron Co. and owned by Leyland Frederick & Co., on a voyage from Boston to London with 645 head of cattle, 845 sheep, wheat, floor, and Canadian whiskey was wrecked on Spectacle Island, Boston. VENETIAN was a total loss but the ship's bell and cargo were saved. There were no casualties at sea.