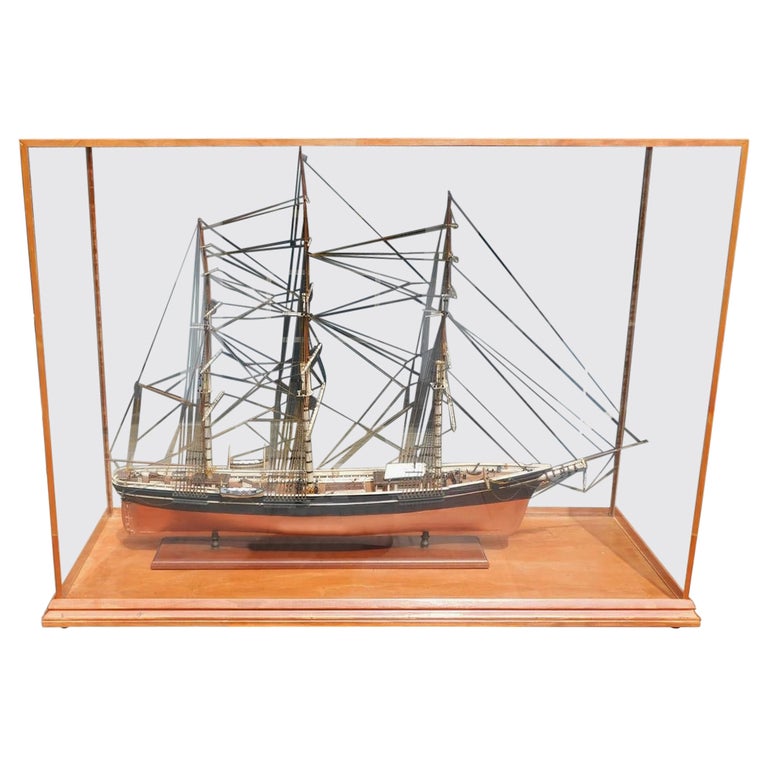 American three masted clipper ship model displayed in a mahogany glass case. She was the fastest ship ever built in 1852. California clipper ship model Sovereign of the Seas. The Sovereign of the Seas was built in 1852 by renowned ship builder Donald McKay at his yard in East Boston. (September 4, 1810, September 20, 1880). In 1854 she recorded the fastest speed ever for a three masted sailing ship, logging 22 knots.

The ship model is detailed with lifeboats, bell, wheel, cabins, skylights, winch, anchor with appropriate use of chain, figurehead, bowsprit, boom, and all appropriate standing and running rigging. She is mounted on mahogany stand within a glass display case. 20th Century.