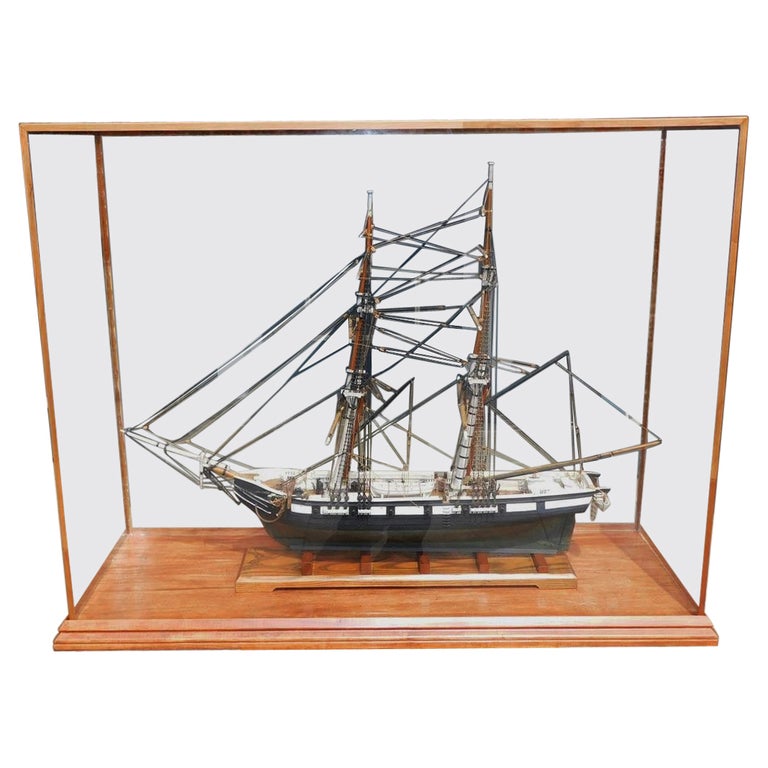 American Naval two masted clipper ship brig model mounted on stand under a glass case. The US Perry was a brig commissioned by the United States Navy October 1843 prior to the American Civil War. She was tasked by the Navy for various missions, including those related to diplomatic tensions with Paraguay, the Mexican-American War, the slave trade, and the American Civil War. She was named after Commodore Oliver Hazard Perry.

The US Perry was launched in May 1843 by the Norfolk, VA Navy Yard and commissioned October 13, 1843 by Commodore Samuel F. Du Pont who was in command at the time.