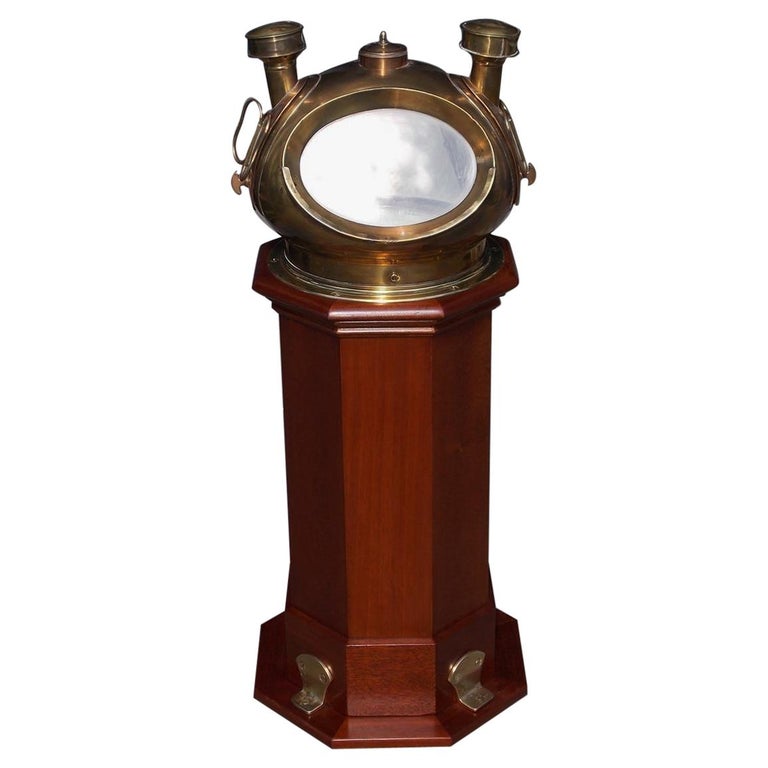 American mahogany ship binnacle with a brass-mounted dome helmet, internal dry compass by Ritchie of Boston, flanking removable burners with the original fonts and resting on an octagonal brass-mounted base. Binnacle maker Riggs & Brothers of Philadelphia, PA. Late 19th century. The ship binnacle is from the William W. Ker schooner that was built in 1889 in Wilmington, Delaware by Harlan & Hollingsworth. The schooner's home port was in Philadelphia, Pa. Schooner was wrecked on June 2, 1893 off Cape May, NJ heading to the Delaware breakwater. Eleven lives were saved at the time including her Captain simply known as " Kelley". Binnacle was salvaged shortly thereafter and dome was engraved on re-verso W. W. Ker Philadelphia. Dry compass is in working condition and additional information on the schooner can be found in the 1892 list of merchant vessels of the United States.